"Any sufficently large enough code base becomes it's own API." - someone from Twitter

DrummerDB is seperated out into assemblies, each designated to a specific responsibility for the database system. Originally when I started writing DrummerDB I kept everything in one large assembly, but after reading various materials I attempted to organize the code base into assemblies with a specific depedency chain.

The current dependency graph at the time of this writing (I'm always changing this) looks like:

I keep this diagram and it's source in the /doc/versions/100/guide/Diagrams folder of the repository. Diagrams are designed in what was formerly known as draw.io.

If you examine the repository you will see that in most cases for each assembly there is a README.txt (or README.md) that gives a brief one or two sentence explanation of the purpose of each assembly.

The graph itself at this point is unsuable to actually determine what assemblies have dependencies on what; I use it mostly at this point as a guide to see what assembly I am allowed to take a dependency on if I feel that another assembly needs it. As noted in the graph, the idea is that the assemblies are organized "top-down" meaning that assemblies near the top of the diagram take dependenies below it, and never the other way around.

Although there are many assemblies, I've tried to keep them logically seperated out by some top level namespaces.

There are also test assemblies that I use XUnit with:

Generally speaking, the way DrummerDB.Core processes work is described in this diagram (subject to change): 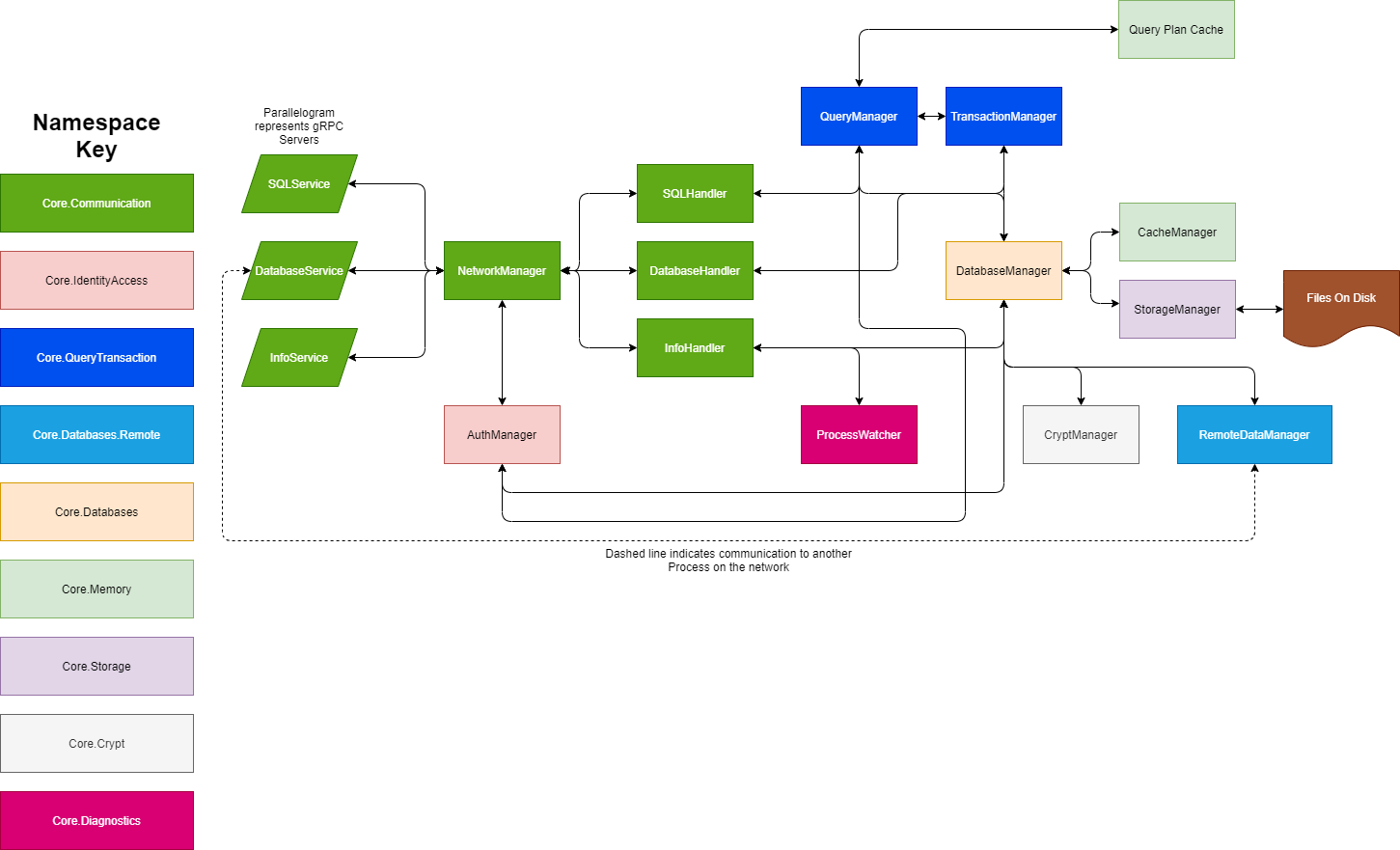 The intent of this diagram is to illustrate how a SQL query or a Database Action (sent from a Database Client via another DrummerDB instance's Remote Data Manager) is handled by DrummerDB's sub-systems, which I name "Managers."

For a SQL query sent from a DrummerDB.Client, the process is generally straight-forward:

As mentioned in the post "Introduction to DrummerDB" - in DrummerDB data in a database system can actually reside in a different partial database hosted by a participant: 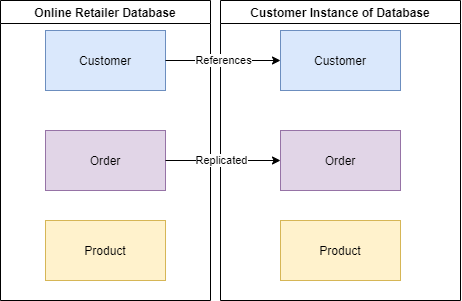 To enable this communication between two databases, the DrummerDB.Databases.Remote assembly handles CRUD operations between database instances. This means that there are two assemblies responsible for handling communication (which itself leverages gRPC) in the DrummerDB.Core namespace:

As an example, suppose that we are trying to insert information for a specific participant in the database:

This process would be much the same as a normal SQL query as explained above, except that when the query plan executes against the database, the database inherently knows how to communicate with the specified participant in the database system and does so via the Core.Databases.Remote assembly.

It's worth explaining that not only do you add users to a database in DrummerDB, you also generate data contracts which are sent to participants (which are also added to the database) of the database system. A participant, generally speaking, has the following values:

I plan in another blog post (hopefully) to describe the initalization process for DrummerDB.